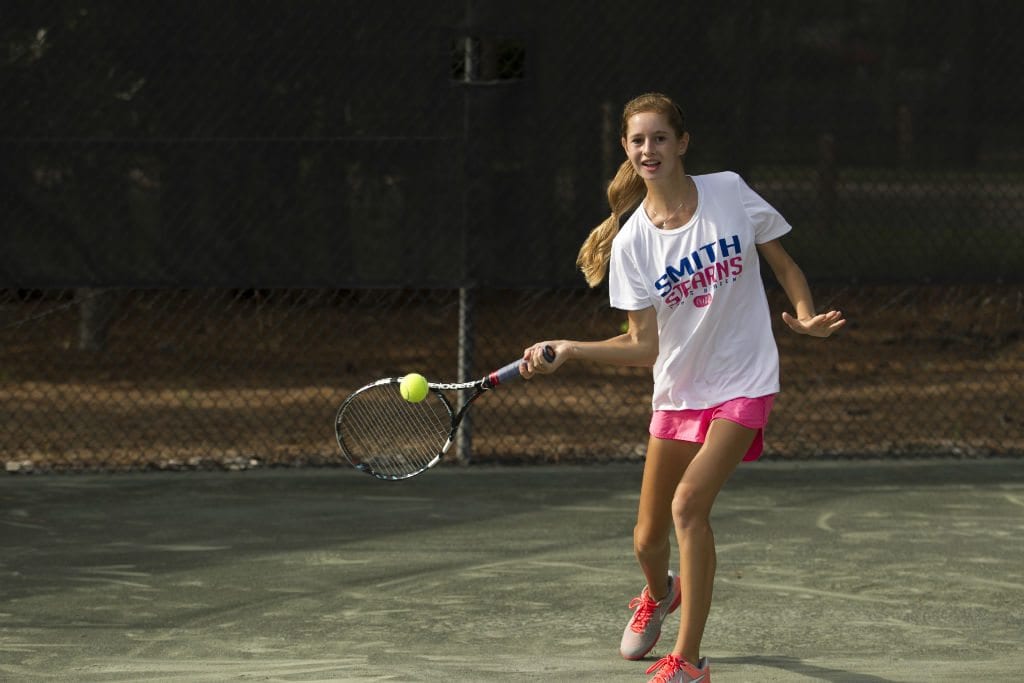 Three Smith Stearns students were selected to play in the Southern Junior Cup which was held the past two weekends in Chattanooga, Tennessee. Sara McClure (girls 12’s), Catie Meighan (girls 14’s), and Cameron Kriscunas (girls 16’s) represented their home state of South Carolina in the tournament. The Southern Cup is a team competition which selects the top 3 players from each state to compete against the other states in a dual match format which includes singles, doubles, and mixed doubles. We congratulate all three girls on this honor and know that they all represented South Carolina and Smith Stearns very well both on and off the court!

Another great honor came to Scott Sculley who was selected to play in the Nike Junior Tour National Masters which was held September 13-15 in Boca Raton, Florida. This prestigious tournament selects the top 12 National players in boys 12’s to compete against each other with an opportunity to move onto the International draw. We are very proud of Scott earning himself this great opportunity!