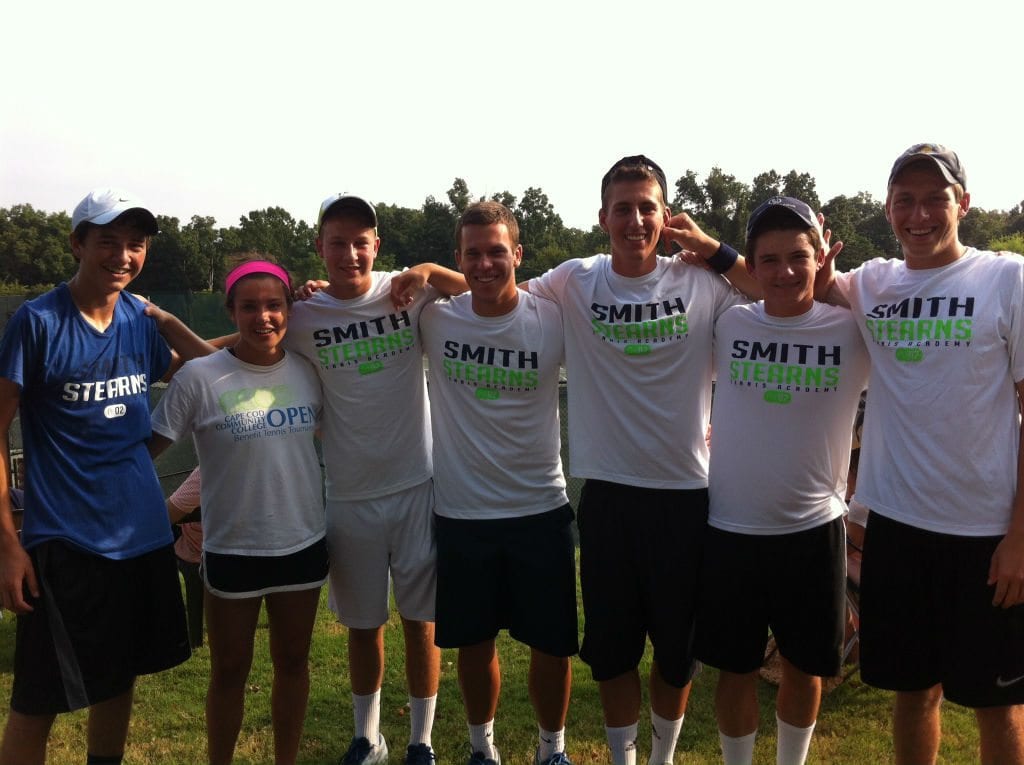 Labor weekend marked a big tournament weekend for our students as they participated in events all across the country! After two weeks of hard work and training in the school year program many got the opportunity to test their skills against some great competition.

The academy took groups to participate in the Tennessee Open Junior Clay Courts in Knoxville, the Papa John’s Junior Championship in Augusta, and the USTA Regional Segment in Sumter. Student’s also participated in other Regional Segments across the US including the Cary and Norman Segments.

At the Tennessee Open Junior Clay Courts (SL4), Adam Cablik and Jiri Honajzer partnered to win the boy’s 18 and under doubles title. In addition to his doubles success, Adam placed 3rd in the singles event. Our students also had more great showings in the singles tournament as Peter Higgins and Jiri Honajzer both made it to the quarterfinals and Colten Lavery made it to the semi-finals of the consolation draw. Arthur Yeager lost a tough first round match to the #5 seed but then won his consolation draw match before losing in a third set breaker to fellow Smith Stearns student Colten Lavery.

In the boys 16’s, Justin Stubblefield made it to the round of 16 in singles and the quarterfinals of doubles with Colten Lavery.

In the girls 16’s division, Alexandra Dadoly battled hard in her opening match but lost in a tough three setter.

At the Papa John’s Junior Championship (SL3) in Augusta, Shannon O’Brien placed 4th in the girls 16 and under division.

After losing in the main draw of the girl’s 14’s white, Emmaline Smith continued to fight and made it all the way the finals of the consolation draw.

Ariel Shulman made the quarterfinals of the girls 18’s white draw.

Alex Vanezis, Sydnee Wheeler, and Audrey Bennett all made the consolation semifinals in the boy’s 16’s, girl’s 18’s, and girl’s 16’s divisions.

Katie Rankin, Madison Daniel, and McKenzie Daniel all made the finals of the white dependent draw in the girls 16’s, 14’s, and 12’s.

At the USTA Regional Segment in Sumter (National Level 3), Ali DeSpain had a great showing in the girls 14’s draw by winning the doubles title and placing 3rd in the singles event. Catie Meighan made it to the round of 16 before falling to the #4 seed. Elle Christensen also participated in the girls 14’s.

In the girl’s 18’s Katelyn Jackson made it to the quarterfinals in singles and placed 3rd in doubles. Jacqueline Pelletier lost a tough first round match butwon four matches making the semifinals of the consolation draw. Kate Christensen made the round of 16 beating the #4 seed in the first round. Ellie Zimmermann and Kelly Mengel also participated but both came up just short in very close matches in the singles draw, however Ellie made the quarterfinals of the doubles draw.

In the girls 16’s event, Cameron Kriscunas lost a tough first round match but battled to win three matches in the consolation draw before falling to the #6 seed. Cameron also made the quarterfinals in the doubles draw as well as Mary Hampton McNeal. Ellie Czura made it to the round of 16 and then won another match in the consolation draw.

In the boy’s 16’s USTA Regional Segment in Norman, Oklahoma, Sean Sculley made the quarterfinals in doubles. Beau Pelletier participated in the segment in Cary and lost two hard fought matches.

We are so proud of all of our students for the fantastic weekend they had! All the hard work they are putting in each day will continue to pay off! Congratulations to all!