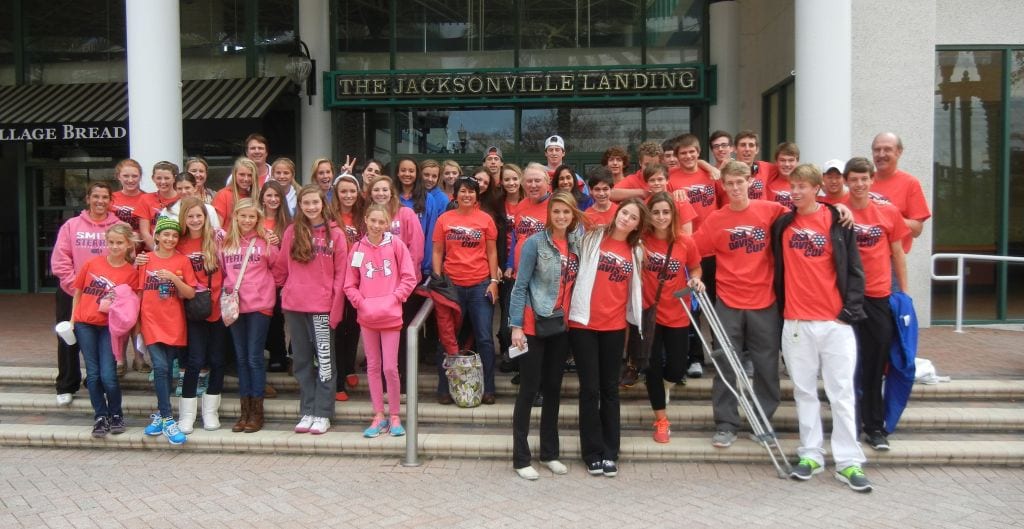 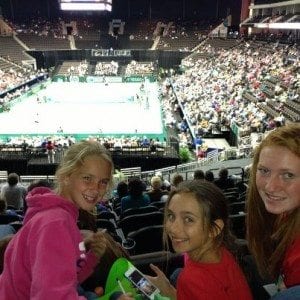 Over the weekend of February 1st and 2nd, we took a large group of over 40 of our academy students to go watch the Davis Cup match in Jacksonville. The match, USA vs. Brazil, featured our top American players John Isner, Sam Querrey, and the Bryan Brothers. 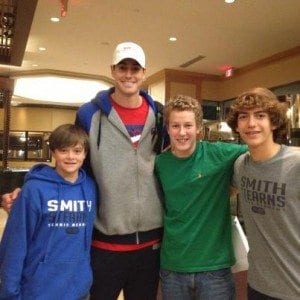 On Friday, we got to watch John Isner and Sam Querrey both collect victories over their opponents. After the match, the kids got to take pictures with all of the American players at the hotel, including some other top Americans who didn’t play in the tie. John Isner was a great sport and took almost a half hour after his match to take pictures with all of the kids. Thanks John and congrats on your win! 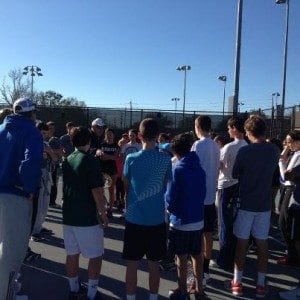 On Saturday, we teamed up with Wayne Bryan and his group from the Bryan Brothers Foundation to put on a great workout for all of the kids. Other attendees included former USTA President Judy Levering, Fox news correspondent Sean Hannity, Washington Kastles owner Mark Ein, and Tennis Channel founder and president Steve Bellamy. It was an awesome workout full of all of Wayne’s great drills and games and everyone involved had an absolute blast! Thanks so much to Wayne Bryan for an awesome time! 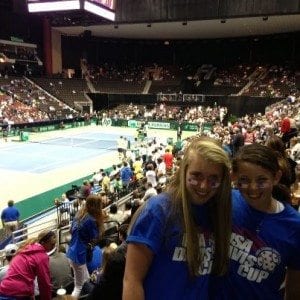 Later on Saturday afternoon, we got the opportunity to watch the Bryan Brothers play in an epic five setter against the Brazilians. They came up just short, which is a rarity for the brothers who have been almost perfect in Davis Cup play. But it was an amazing experience to have the kids watch the greatest team to ever play doubles! Congrats to Bob and Mike who after their Australian Open win have become the most winning doubles team in history!

It was such a great trip and one that we will all remember!