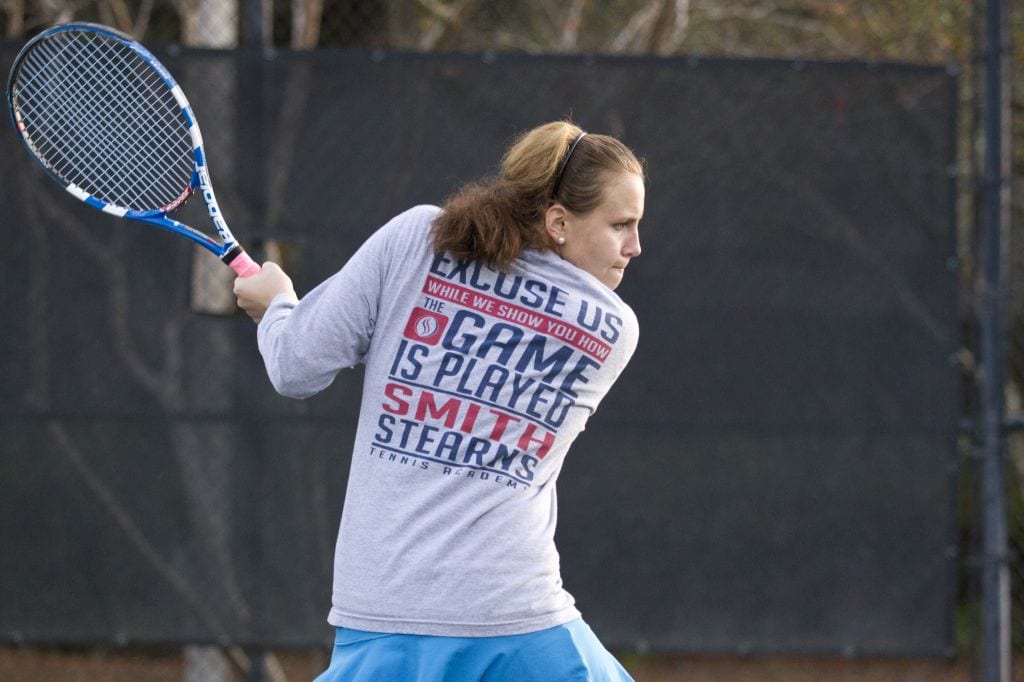 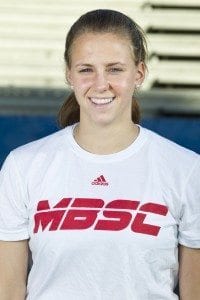 Staley Smith knows what the word perseverance means. After battling countless injuries over the years Staley has constantly been her own driving force, overcoming the many obstacles that faced her. She has remained positive and never gave up on her dreams of attending a top rated academic institution and playing collegiate tennis.

Attending the academy for the last 2 years, Staley says that she ultimately chose to attend Smith Stearns because of the balance between elite tennis training and prestigious academics that Prep has to offer. In addition, the “family style” of living was substantially more appealing than a dormitory living situation and made Staley feel at home right away. She has enjoyed the small size of Smith Stearns and feels that the coaches have been able to spend more time with her individually. She credits her coach, Billy Stearns, with playing a major role in her success. He never gave up on her or her tennis and helped her push through the tougher times.

Some of Staley’s favorite times at the academy have been the more grueling ones. She remembers doing side to sides and ball tosses on Billy’s court as being the most rewarding, and ultimately she’s happy that she was pushed to be the best athlete she could be. Staley looks back to before her injuries, when she won the USTA New England Sectional as being the athletic achievement that she is most proud of. Academically speaking Staley has maintained excellent grades and is one of the top students in her senior class.

Staley will be attending Johns Hopkins University in the fall of 2012 and is excited about the opportunity to attend a great university that has both strong academics and athletics. After suffering from various injuries, academics have been a main priority in her life and led to her decision in choosing Johns Hopkins. She wanted to maintain the balance of academics and athletics that she received at Smith Stearns and find a similar college situation that would make her feel at home. After seriously considering five other colleges, speaking with the tennis coaches, and visiting the schools, she knew that Johns Hopkins was where she wanted to be. Staley can’t wait to experience the camaraderie of a team and be surrounded by good players who have similar aspirations. With Staley’s drive and determination, it is a sure thing she will continue to persevere and find success in all areas of life!