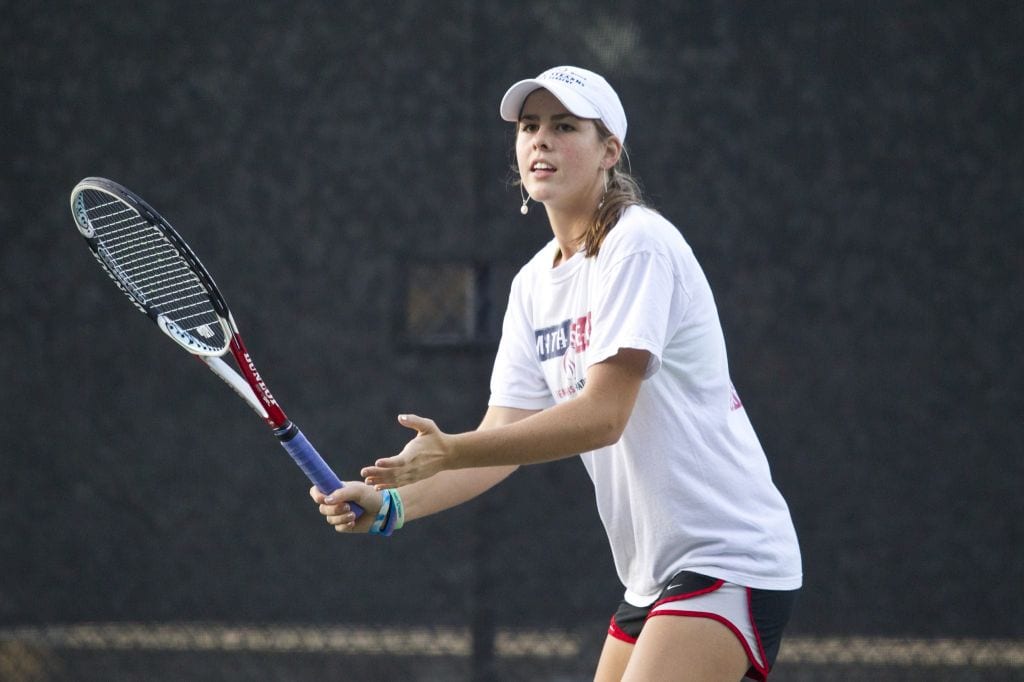 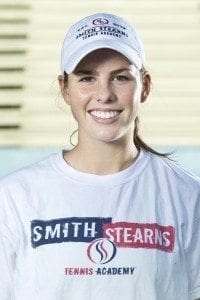 
Originally from Beaufort, South Carolina, Morgan came to the academy a little over a year ago to further pursue tennis in an environment more conducive to individualized development. Morgan felt that Smith Stearns was the right fit for her after watching other academy students on and off the court at the tournaments that she played. Having played tennis since a little girl, it wasn’t until Morgan came to the academy that she really started to play competitively and have college tennis aspirations. With all of the hard work and dedication she has put in this past year, along with her consistent willingness to improve, Morgan has exceeded her goals and expectations!

Some of Morgan’s favorite experiences at the academy have been travelling to tournaments in the tournament coaching program. She loves the preparation that the coaches have taught her as well as getting to know the coaches off the court. She credits the Smith Stearns coaches for helping her grow as a player both on and off the court. Her coach Billy Stearns has commented that Morgan’s great attitude on and off the court along with her eagerness to learn has greatly attributed to Morgan’s fast development as a tennis player.

Morgan has made significant strides in the rankings as well, moving up over 600 spots in the tennis recruiting rankings for the senior class in the past year. She is also a senior scholar and scholar athlete recognized by Hilton Head Island High School as well as her previous school, Beaufort High School.

Morgan will be attending St. Lawrence University in Canon, New York in the fall of 2012. She is excited to be a Saint and wear the red and brown! What attracted her most to St. Lawrence was the strong academics and when she travelled to the school to meet the team she knew it was the right fit for her. Morgan can’t wait to be a part of a team and to experience what college athletics have to offer! With Morgan’s hard work ethic and positive attitude, she is sure to succeed in all aspects of life at St. Lawrence!