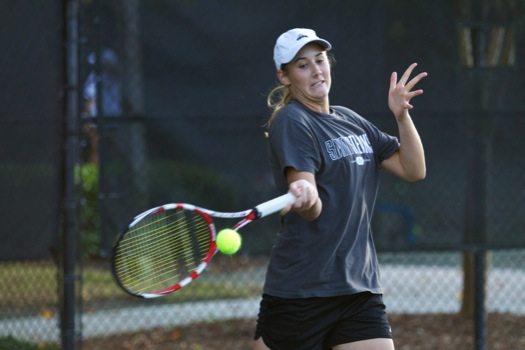 Hayley Carter won the Dunlop Junior Championships this past weekend
beating fellow academy student Mariana Gould in a hard fought battle
in the final match. Carter won by a score of 6-7 (4), 6-2, 1-0 (5)
earning herself a wildcard into the qualifying rounds of the WTA tour
event, the Family Circle Cup, which will he held on Daniel Island,
South Carolina from March 31st – April 1st, 2012.
Mariana Gould also had an excellent tournament in which she beat two
top nationally ranked players, Sydney Campbell and Taylor Davidson, both
of whom are rated as blue chip recruits by the Tennis Recruiting
website.
Many other Smith Stearns students competed in the tournament in the
girls 18 and under division as well as other age groups, however due
to rain on Sunday the rest of the divisions were cancelled.
To view the draw from the Dunlop Junior Championships click here.
To view information of the upcoming Family Circle Cup in which Hayley
will be playing, click here.