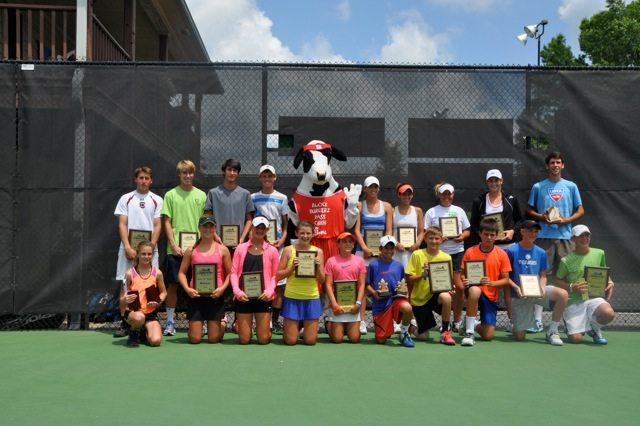 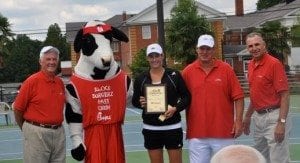 Hayley Carter led the way this past week at the Palmetto Championships (SC State Closed) that was held June 2-7, 2012, in Belton, South Carolina capturing her 13th and 14th titles respectively. With those wins she goes down in history as one of the best players to play South Carolina tennis, winning the most SC State Championships by breaking the previous record of 13. She won the girls 18 and under singles championship by defeating Ansley Speaks, 6-2,6-1. For the doubles championship, Carter partnered with fellow academy student Ashley Kitchen to defeat Narcissa Summerall and Tolley Rice, 6-0, 6-1 and win their 4th Belton title together.

Carter was not alone in her dominance as other academy students won a total of 7 Palmetto Championships while also having a significant number of top 8 finishes. 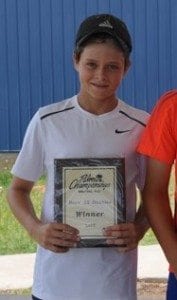 Conrad Alford placed 4th in both singles and doubles in the boys 10 and under championship.

Jack Kelly won the boys 12 and under doubles title while placing 4th in the singles championship.

Cameron Kriscunas and Shannon O’Brien won the girls 14 and under doubles title. Kriscunas was a finalist in the singles championship losing a hard fought match that ended in a third set tiebreaker. Liz Williams placed 7th in singles, while O’Brien placed 8th.

Robert Loeb was a finalist in both singles and doubles in the boys 14 and under division.

Hampton Drake won the boys 16 and under singles title and Carsten Fisher won the doubles title.

Andrew Schafer was a finalist in the boys 18 and under championship losing a hard fought match to Christopher Cox who plays on the University of South Carolina team. Christian Harris made it to the semifinals of the doubles championship.

Congratulations to all of our Smith Stearns students who competed this week at the Palmetto Championships! 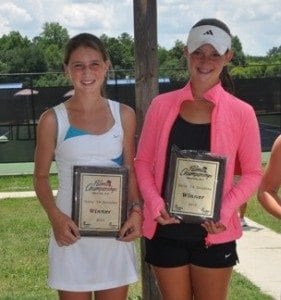 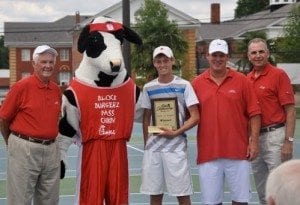