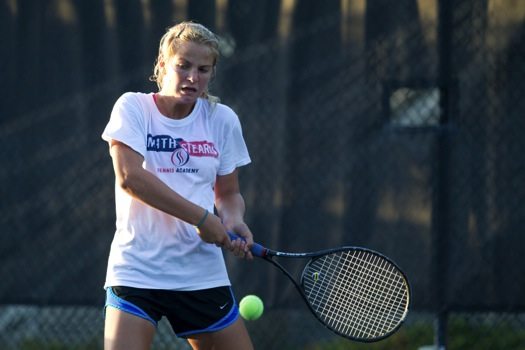 Smith Stearns students Mary Wright, Jackie Carr, and Katelyn Jackson travelled back home to Arkansas to compete in the Arkansas Junior Qualifier that was held in Little Rock from May 25th – 28th.  They surely didn’t take their trip lightly as Mary Wright won the girls 18 and under championship and Jackie Carr won the girls 16 and under championship defeating Katelyn Jackson in the finals. Carr and Jackson also teamed up to take home the girls 16’s doubles title.

Congrats girls for an amazing tournament!