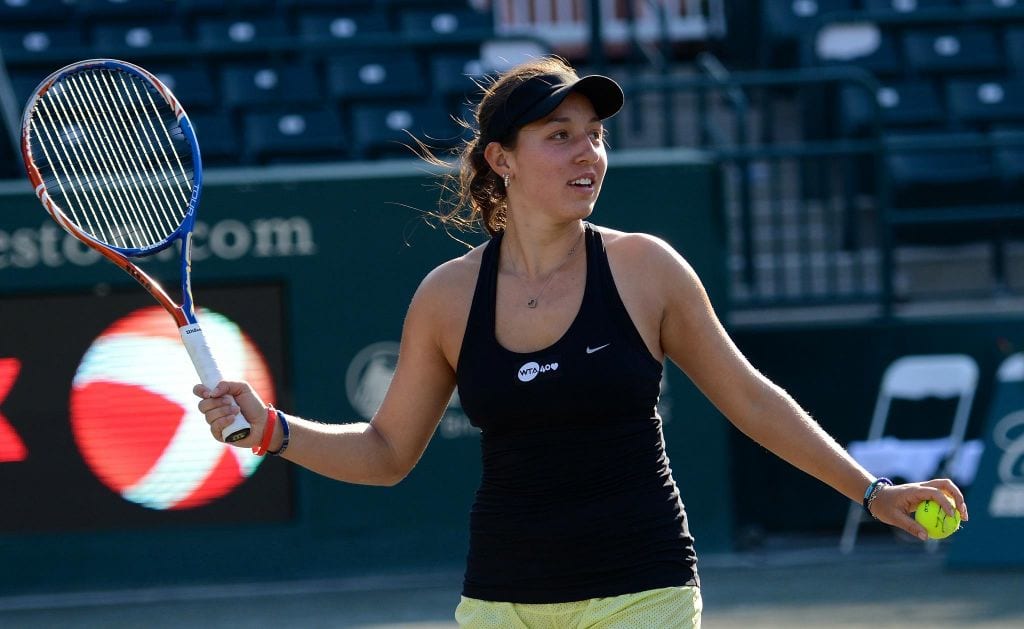 Congratulations to former Smith Stearns student Jessie Pegula for scoring the two biggest wins of her pro career to date. After winning two matches to qualify, Jessie won her first maindraw WTA match ever at the Family Circle Cup in Charleston defeating Garbine Muguruza of Spain, 6-7 (2), 6-4, 7-5. She then beat the 23rd ranked player in the world and 8th seeded Mona Barthel from Germany, 7-6 (4), 6-1. In the round of 16 she lost to eventual finalist, Jelena Jankovic, 6-0,6-4.

Jessie trained at the academy for over 5 years when she was a junior player and we are so proud of her and the success she is having! At only 19 years of age, Jessie is currently ranked 134 in singles and 98 in doubles on the WTA Tour.

Everyone at the academy looks forward to watching Jessie on tour in the future! Let’s go JP!!!